Gingham Fabric - The History Behind The Fashion Old-Fashioned Trend The Story of Gingham Fashion

Everything You Need To Know About The Fabric

One fabric that has remained prominent for hundreds of years is gingham. What was once primarily linked to picnic tablecloths is now seen everywhere from interiors to the runway. In this blog we will tell you everything there is to know about gingham including, where it came from and how it made its way into the world of fashion.

According to Webster's Dictionary, Gingham is a clothing fabric usually of yarn-dyed cotton in plaid weave. It is typically a medium to light weight woven fabric and does not have a “right side” which makes it easy to be sewn. If you look back throughout history, you will see that many famous women wore it often. Jackie Kennedy, Marilyn Monroe, Jane Fonda, and Katherine Hepburn to name a few.

How do you pronounce Gingham?

The word Gingham is pronounced ging·uhm

Gingham Around The World

What does gingham mean in other countries? Each culture has different symbolic reasons and uses for gingham. Here are a few examples:

Gingham is originally a striped fabric and is imported from India and Indonesia to European and American colonies in the 17th Century. By the mid-18th century, mills in Manchester, England began to produce the fabric in the current checkered form you see today. During these times, the most popular colors used are red, white, and blue. Simple fabrics such as Gingham become prevalent as economic depression and war era emerge. During this time, the fabric is heavily associated with domesticity and women seek functional pieces over fashion. Its durability and inexpensive cost make it a popular style for summer clothing and beachwear. In Hollywood, gingham swimsuits and shorts start to appear as holiday and seaside glamour become popular. Judy Garland in The Wizard of Oz (1939) wears the iconic blue gingham dress that one will never forget. It is said that the costume designer uses gingham to symbolize the phrase, “there’s no place like home”. Gingham also evokes nostalgia of simpler times and is seen as patriotic. The nostalgia theme remains, and old-fashioned values and ideals are present. Doris Day becomes an icon as old-timey, wholesome, and modest fashion becomes popular. The decade also spikes an interest in gingham for home interiors and becomes the epitome of Americana style. The rockabilly style begins to appear when country western music gains popularity. Women start to wear men's gingham shirts tied at the waist with jeans. This becomes one of Marilyn Monroe’s most iconic looks.

The fabric remained somewhat tied to domestic life until the 1960's when the Youthquake Movement hit. During this time, gingham became prominently tied to youth and femininity. Brands like Biba began to produce the fabric in different candy-colors and sizes. Checkered mini dresses and skirts become popular among young women as models like Twiggy and Jean Shrimpton are often photographed in bold checks and geometric designs.

Gingham takes a darker twist during the 1990's when Japanese designer Rei Kawakabo presents her Comme de Garcons 1997 Spring-Summer collection. The collection was titled "Body Meets Dress, Dress Meets Body" and features models in tube-like gingham dresses stuffed with padding in the hips, abdomen, back and shoulder region. The collection is to challenge femininity and the beauty ideals that were set during the 80s and 90s. 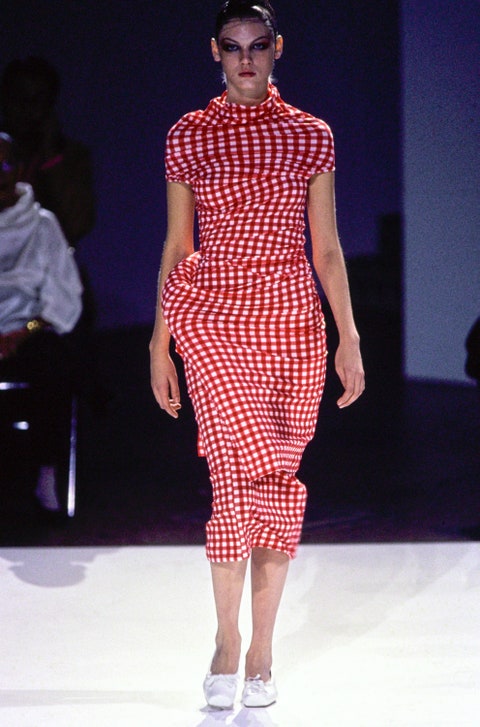 Gingham starts to appear again on the runways in 2009 during the Great Recession. Designers like Balenciaga, Oscar De La Renta, and Christopher Kane include the fabric in their collections. Today we continue to see the timeless pattern on the runways and on celebrities. In 2015 we see Rihanna in an Altuzarra pink gingham skirt suit, Vanessa Hudgens takes a stroll in a retro Dolce & Gabbana gingham dress in 2017, and Taylor Swift posed in a Mango Midi gingham skirt for her Folklore album photos in 2020. 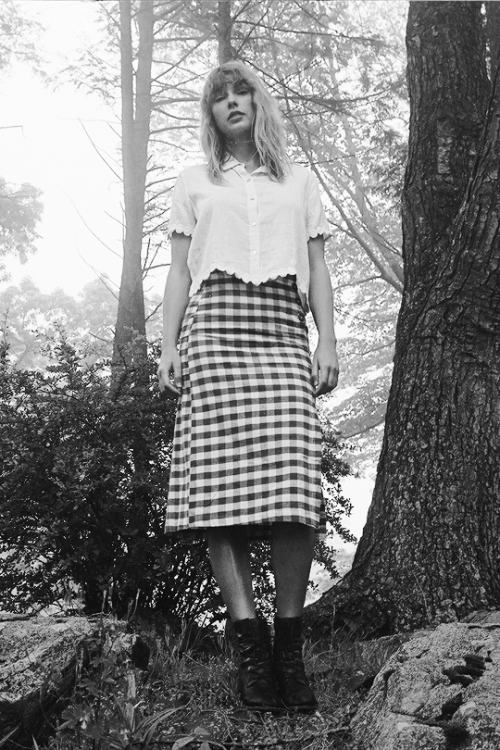 Gingham has endured several changes throughout the years. It converted from a symbol of oppression, to one of female liberation and, lastly, a way to explore cutting-edge ideas. Having said that, gingham is never a bad investment and will always remain a staple in your closet for its versatility. It can be worn in a variety of ways and styled to match one’s look. It can be sweet, charming, bold, mod, rockabilly, and so much more. If we have learned anything from its past it is to not be afraid to make it your own.

Need more Gingham in your life? Shop our collection below: